The question may sound paradoxical to you but it is of some serious importance. Before I explain why, I would like to let you know that I consider mainstream economists intelligent idiots.

You may ask why is that?

1. They created a loanable funds theory out of nothing (a phantasy) and are defending it against all evidence (1);

2. They created general equilibrium theory out of nothing (just an other phantasy) and are defending it against all evidence (2 , 3); and,

3. They will most probably stop reading at this point and by doing so they will miss their chance to save the world and to win the next not so not so nobel  fake  Nobel Price. 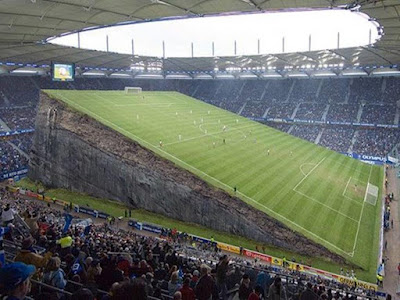 Now, back to the paradox question raised by a self-confess, not=so-intelligent non-economist. Let's assume a game/economy where returns on economic activity are distributed in the same manner as IQ ratings to a population .As you may know, the IQ of humans is the normal distributed capability of humans to deal with and solve analytical and logical problems. Here's what a "normal" distribution may be expected to look like: normal distribution

So an IQ of 100 tells you that the person has an average intelligence in respect to solving the type of analytical/logical problems as they are presented in an IQ test. A typical test done with a representative sample of people yields this average of 100 with a sigma of 15, which means that 68% of the people will have an IQ between 85 and 115 or 95% of the people will have a IQ test result between 70 and 130. Now back to our game/economy, where returns on economic activity are distributed among the population (players) with a similar distribution as IQ. When everyone invests 1$ (out of an equally-distributed initial starting pool of investable wealth) and receives an arbitrary return on it, that is drawn out of a pool of returns with a normal distribution (just as with the IQ), the distribution of results would look like the distribution of IQ. If the game is a zero-sum game, where the returns are paid out of the pool of investments collected beforehand, 68 % of people would have between 85 and 115 cents, 95% between 70 and 130 cents with an average of exactly 1$. If the game is a game where because of some magick the pool of invested $ shows some growth of for example 5% during the time between investment and distribution of results, the average will shift from 100 cents to 105 cents but the shape of the distribution will not change. So it looks like the system behaves like an equilibrium system where the gains of some are the losses of others, due to an arbitrary but fair and normal distribution of returns. It is at this point where the intelligent idiots of mainstream economists led the "science" of economics astray.They ignored (and continue to ignore) the findings of Pareto and Gibrat.  What do I mean? When an economy is an ongoing, continuing process where something like above is repaeted over and over again. The twist is, this outcome cannot be accomplished in an additive way, but rather in a multiplicative way. In the next round the one who lost 15 cents can only reinvest his remaining 85 cents and the one who gained 15 cents will most probably reinvest his 115 cents. And when that is done over and over again, the accumulated results take on a completely different distribution: and that distribution looks more like the results of a rigged game. The wealth distribution (cumulative results) is transformed from an equal distribution at the start (every one has 1$), to a distribution that looks like a normal distribution (after the first round in this example) to a log normal distribution with an ever increasing inequality=distance between mean, median and mode. 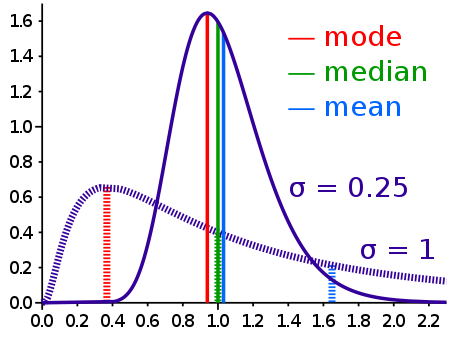 And this outcome is true independent of some magick, that lets the economy as whole grow, stagnate or shrink. I consider the ignorance of this the cause of rising instabilties in economies all worldwide. It leads to disintegration of societies which used to function optimally. Revolutions, class warfare, and even hot-wars between economies and the decay of economies, which used to be examples of the "right way" to run things. All that has its roots in the ignorance of what is typical for an out-of-equilibrium system (driven out of equilibrium by an endless, repeated stochastic multiplicative process). By the way, a lot of people may consider me to be an above-average intelligent but somewhat arrogant fellow. I like to think I am not. I tested my IQ just recently. It turned out to be 98. Just a regular guy!

(1) A lost century in economics: Three theories of banking and the conclusive evidence
Richard A. Werner

(2) Entrepreneurs, Chance, and the Deterministic Concentration of Wealth

(3) Breaking the Bad Habits of Economics: put that "equilibrium" out
Steve Keen

P.S.: The main purpose of this article is to get rid of this absurd equilibrium kind of thinking.
However, the starting capital is not equally distributed as described in the example above. And later injections aka magick aren't either. It is the decision of Banks who gets how much for what purpose and under which conditions. And with that power they steer the economy (into war as Hjalmar Schacht did in Germany after WW1 or into a consumption society like it was done in Germany after WW2).  In early phases of a build up this appears to work ok, but when the economy is up and running, it drives one perversion after another.

P.P.S:
I would like to thank WesFree  very much for editing and polishing up my not so good English.

I recommend his twitter feed where he documents a lot of very interesting findings regarding money and money systems.

I also would like to thank Colin McKay for his outstanding work on the history of magick ;-).
I learned a lot from him and I gained a much better understanding about the deep roots of money magick  and double entry book keeping.