Notes of the Secret Debates of the Federal Convention of 1787

Mr. MADISON. We are now to determine whether the republican form shall be the basis of our government. -I admit there is weight in the objection of the gentleman from South Carolina; but no plan can steer clear of objections. That great powers are to be given, there is no doubt; and that those powers may be abused is equally true. It is also probable that members may lose their attachments to the States which sent them-Yet the first branch will control them in many of their abuses. But we are now forming a body on whose wisdom we mean to rely, and their permanency in office secures a proper field in which they may exert their firmness and knowledge. Democratic communities may be unsteady, and be led to action by the impulse of the moment. -Like individuals, they may be sensible of their own weakness, and may desire the counsels and checks of friends to guard them against the turbulency and weakness of unruly passions. Such are the various pursuits of this life, that in all civilized countries, the interest of a community will be divided. There will be debtors and creditors, and an unequal possession of property, and hence arises different views and different objects in government. This indeed is the ground-work of aristocracy; and we find it blended in every government, both ancient and modern. Even where titles have survived property, we discover the noble beggar haughty and assuming.
The man who is possessed of wealth, who lolls on his sofa, or rolls in his carriage, cannot judge of the wants or feelings of the day laborer. The government we mean to erect is intended to last for ages. The landed interest, at present, is prevalent; but in process of time, when we approximate to the states and kingdoms of Europe; when the number of landholders shall be comparatively small, through the various means of trade and manufactures, will not the landed interest be overbalanced in future elections, and unless wisely provided against, what will become of your government? In England, at this day, if elections were open to all classes of people, the property of the landed proprietors would be insecure. An agrarian law would soon take place. If these observations be jsut, our government ought to secure the permanent interests of the country against innovation. Landholders ought to have a share in the government, to support these invaluable interests, and to balance and check the other. They ought to be so constituted as to protect the minority of the opulent against the majority. The senate, therefore, ought to be this body; and to answer these purposes, they ought to have permanency and stability. Various have been the propositions; but my opinion is, the longer they continue in office, the better will these views be answered.

Thanks to deedl for making me aware of this.

Heliocentrism Debunked or The Evolution of Truth

Now, when you move the point of view a second time away from sun to the center of the galaxy, you get this theory / picture of the world.

Emergence or the source of intrinsic value of fiat money

The intrinsic value of fiat money is zero at a first glance. To get things going this must be hidden. One way to do that is to "cover" the paper by something considered valuable, like gold or other securities of some sort. This will create the acceptance or better the idolatrous love of money, because money then is accepted as good/valuable as the cover (deposited?). 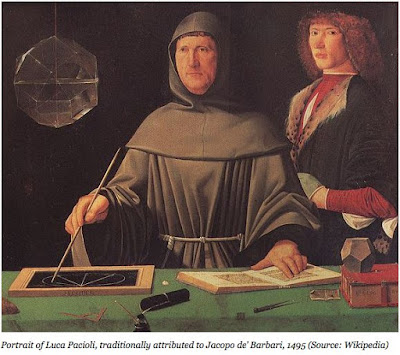 This is the first step in the bootstrap process which I call the refinement to Umlauffaehigkeit. If money is accepted as payment, then money is a claim against the public. I can buy everything that is offered and accepts money as payment with it. The seller of the real value makes an exchange of the kind open account receivable = Realkredit = a specific claim against
the buyer for a refined for Umlauffaehigkeit claim against the public. Another important element for creating and maintaining the acceptance = refinement for Umlauffaehigkeit is the collection of taxes by the state in the form of money. So everyone wishing to participate in economic life in a legal way is forced to either borrow money from the Masters of
the Universe or work for money that was borrowed from the Masters of the Universe by someone else, or sell an existing real value ​​for money. There is no alternative in the legal framework. If general acceptance of money is made this way, money is, as has been said, a claim against the public and thus a perfect tool to manage - and coordinate behavior and work of many people. It can be used to pay armies (of workers). And it is in the hands of those providing the money to determine, into what kind of endeavour the work of these armies flows. It could be war (H.Schacht) or it could be the build up of a society of consumers as
Germany did following the example of the US after WW2. And that is the point where money gets an intrinsic value. It gains value out of the function to motivate people to work in a cooperative and coordinated way. This way societies can accomplish tasks that individuals alone without the coordinating force/motif could never accomplish.
By the way, this is the point, where the system becomes non ergodic. This organizational power = power enabled by money to motivate many people to coordinated work towards goals set by the money suppliers, creates the intrinsic / emergent value of fiat money. The value arises from precisely this function of money as a management and control instrument.
In a world with highly divided work no one can imagine to make a living alone with his family on a piece of land. Everyone sees the advantages of work coordinated, organized and controlled by money flows. And so they submit to this power of money = the power of those who create money out of nothing and decide to whom, when, for what, how much and with what conditions attached this money = claim against the public is granted as a loan. Well knowing that the creators and the so called investors take a hughe part of the work results in form of interest, profit and ownership on companies.
The problem with that is, the permanent repetition of this "recipe for success" of "investing" = skimming emergent added values establishes a concentration process. Because the success recipe does not yield homogeneus equal good results over the population
of enterprises and over time. Yields scatter. And that alone is enough to cause the huge problems we are facing.

P.S.:To be very clear and to avoid all kinds of potential misunderstandings. Money is the perfect tool of exploitation. In conjunction with the stochastic multiplicative process of an for ever repeating "success recipe" of investing it enables exponential economic growth AND the concentration of the so gained wealth into a very few hands at the same time. At the bottom of the so build wealth pyramid you find those unable to accumulate, like the environment, animals and slaves. They give everything they have and don't get a single penny in return. At the very top of this arrangement you find the masters of the universe in a coalition with those characters who are found in the top ranks of forbes lists. Inbetween you have a very deep staggered hierarchy and the wealth accumulated of each one of us describes the rank "achieved" in that hierarchy. So the truth about the so called social upward mobility in our societies is, that it is a steep downward to an extreme asocial behaviour enabled by money that at the end destroys all cohesion in our societies. And the "science" of economics is the science of deception and self deception in regard of all this. 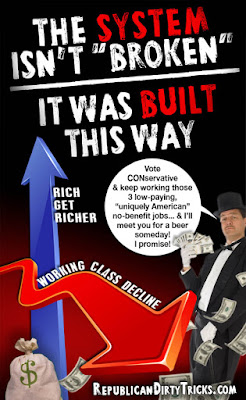 If economists only could get out of their box of false theories like this dog.....

Posted by คลิปสุดมัน on Freitag, 18. Dezember 2015