HM Lord and King of Stupidity speaks up

EU facing two major problems – and has answers to neither of them, says former Bank governor

Lord King said that the single currency project was flawed from the start, and that it would probably have been better to create two monetary unions for “premier league” and “second division” economies. But he said it was too late to move to this model now.

Well my dear L&KoS. As you should know, there is a business out there, that makes money out of the creation of economic disequilibrium. This business is called banking. And as things become obvious in a crisis you are trying to hide this behind questionable arguments regarding the single currency of the European Union. Every Country with a single currency and a banking system like yours and ours has this problem. It is scale invariant. In the EU it becomes obvious on the level of Nations, inside economies you see it on the level of firms and individuals. So your "solution" is no solutaion as long as not everyone has its own currency.

So, Banking as is, is flawed from the the start. And you know it, as every bankster knows it and you are just trying to save your ass with smoke and mirror arguments.
By the way there is a reason why we abandoned Lords and aristrocaty in Europe with 1789 and since Britain never did it, Brexit is absolutly the right move. British leadership team absolut incompatible with modern thinking. 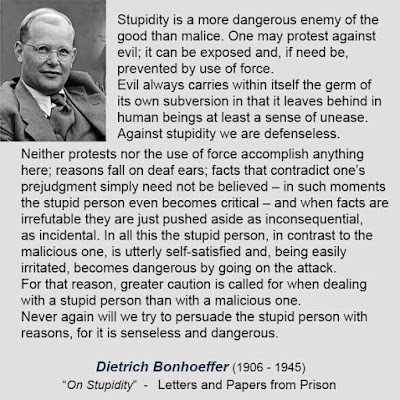