They are going to do it again

When Paul Volcker raised the Fed interest rate to dramatic hights at the end of the 70s and in the early 80s, he enabled the US business model (real stuff for paper) also called the "great moderation". To make it work, it was necessary to recycle US central bank money that was flowing out of the country to pay for the ever increasing trade- and current account deficits by issuing triple A rated interest bearing papers, which would be bought by the trade "partners"  for their surplus US$ as I described it some months ago in my article "How to create a financial tsunami".  An important ingredient to this business model was, the ability of the Fed to drive the interest rate for such papers in a slow but steady way downwards for three decades. This insured long term investors that regardless of what, the papers they bought would not only yield interest but increase in value, so they could sell them any time without a loss. The thing looked perfect and risk free. But paper stays paper, even when it is yielding interest and its value increases because new issued paper was always yielding a little less then previous issued paper. So the world delivered tremendous amounts of real stuff for tremendous amounts of triple A rated paper to the US. At the same time  an already weak and degenerated US real economy which was fallen behind Japans and other economies was growing even weaker and more and more depedent on deliveries of real stuff for paper from the rest of world. At the same time those delivering economies established serious over capacities for real stuff compared to their inner demand. This became especially true when China, which was approached by the US to open their markets for trade before the vietnam war was over, started to boom. The so called Washington Consensus forced all emerging economies into a role which was and still is the exact counterposition of the US role. The US consumes the oversupply of the emerging economies and delivers triple a rated paper in return. When Allen Greenspan steered US interest rates towards the lower bound of zero this business modell found its end. When Ben Bernanke tried to reestablish it, by repeating the Volcker method, he found himself in a trap. He had overlooked that the US cumulated current account had grown to tremendous hights in three decades. When Volcker raised US interest rates in the early 80s he did tremendous damage to those countries who were in debt with the US mainly in South America and to those who had to deal with the resulting defaults inside the US. However, since the US current account was balanced before the Volcker operation began, 1981 was the last time the US current account saw positiv territory, the US succeeded. But when Bernanke tried to repeat the trick, he pushed the world into a desaster. 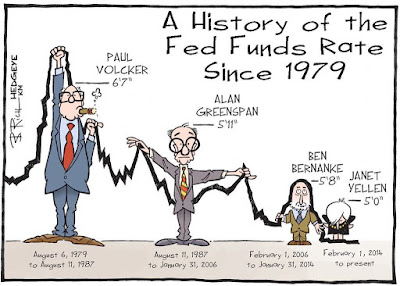 Since then the US are in a very desperate position and nothing works for them to lower the trade- and current account deficit. Not the tremendous fracking effort, not cutting the oil price in half by long time US ally Saudi Arabia. Instead the Fed had to buy the triple A rated papers in a perverted QE program to keep the US banking system afloat and liquid.

On December 16 2015 Yellen doubled US$ interest rates and US investors are pulling the plug in the BRICS, an other boom bust story created by Goldman Sachs.

Brasil is in turmoil. Production is already down to the levels of 2009.

Russia has become a prime enemy again and is suffering from sanctions by the EU which was forced to do so by the US.

India is the only one who managed to stay out of trouble so far (2015).

China is heading into turmoil and is actualy suffering severe losses in its stock markets.

The world economy is going south at the end of the commodity super cycle, which was just an other creation of Wall Street.


P.S.: I wrote this almost 2 years ago. Didn't have the time to finalize it and almost forgot about it. However when you look into the news it is even more evident what is coming. 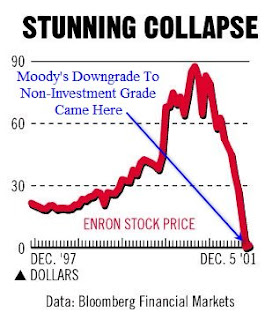