How to create a financial tsunami (Part1)

How to create a financial tsunami and steer attention away from its epicenter.

1. You cheat your currency into the status of world reserve currency and force international trade to be nominated in that currency.

2. You enjoy a permanent and steady growing current account deficit with most of your trading partners, since every nation, that want to engage in international trade, has to build up liquidity (reserves) in your currency. Which means they have to ship goods to you, to receive paper money created by your central bank in return from you.

4. Since it would become obvious, that your ever increasing cumulated current account deficit is financed by your central bank, you let your government issue bonds and let them be rated triple A by your rating agencies. So foreign "trading partners" can convert their piles of your currency into interest bearing bonds of "very best quality". And as long as your government issues enough such "attractive bonds" to cover your current account deficit with your trading partners, your net outflow of central bank money should be minimal. 5. When it becomes foreseeable that the cumulated debt of your government approaches a ceiling, you ask the most talented people of your finance sector to become creative. And they certainly will be able to create a more then sufficient amount of triple A rated papers out of mortages and subprime mortages issued by commercial banks and semi commercial institutions like Fanny Mae and Freddy Mac. Bundled, cut into tranches with the higher risk tranches insured by CDS´s written by the world largest insurance company (AIG), you get a tremendous amount of "attractive and treasury like quality" triple A papers that can be sold to foreigners. So you keep the net outflow of your central bank money minimal, while continuing to consume foreign goods at a reckless rate without delivering something real in return.

6. To ignite the tsunami, you hire an "talented economist" like Ben Bernanke to become head of your central bank. This guy will raise interest rates and curb the  creation of new central bank money to zero. 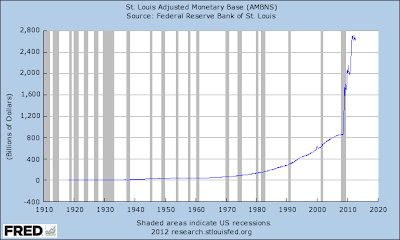 7. With that a certain amount of the weakest subprime mortages will default and trigger a chain reaction, which will result in a sharp increase of net outflows of your central bank money while the central bank is still on the monetary brakes.

8. The net outflow of your central bank money will raise to tremendous amounts in a very short period of time and will stay high for a long period of time because: 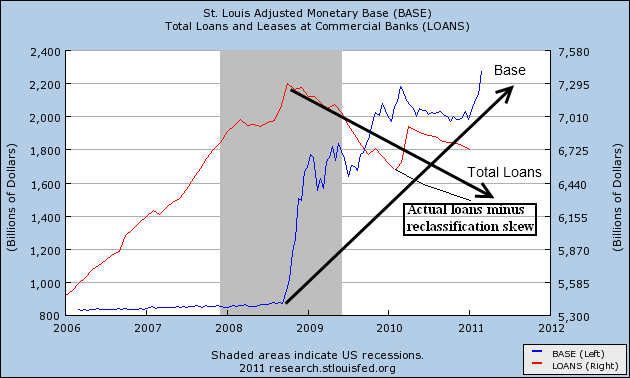 8.1 Your current account deficit stays high, since your economy has become deeply dependened on the delivery of foreign goods like oil etc.

8.2 Your "trading partners" not only stop buying your triple A crap papers = stop returning your central bank money received as payment for the goods delivered, but they will start selling that stuff off = demand additional central bank money out of you. Since a good part of the defaulting papers were "insured" with CDS´s, this creates an enormous lever, since the premium payments (1% of face value) of the bond holders = inflows for you, turn all of the sudden into a 100% of face value obligation = outflow for you and your "insurance industry".

8.3 First money markets and then commercial banks in your country run dry.

8.4 Only massive bail outs by your central bank and central banks around the world can stop a total collaps of the global financial system.

8.5 Your central bank is forced to substitute the ceased purchases of triple A rated  papers by foreigners by so called quantitative easing as long as your country runs a current account deficit.

8.6 You stay unable to balance your trade with foreign partners, since your economic leaders decided to move jobs to the workbench of the world for a higher profit, at the high time of the scam.

8.7 Your chief economists start talking about "bubble up for ever" and "secular stagnation".

To be continued...
Stay tuned.